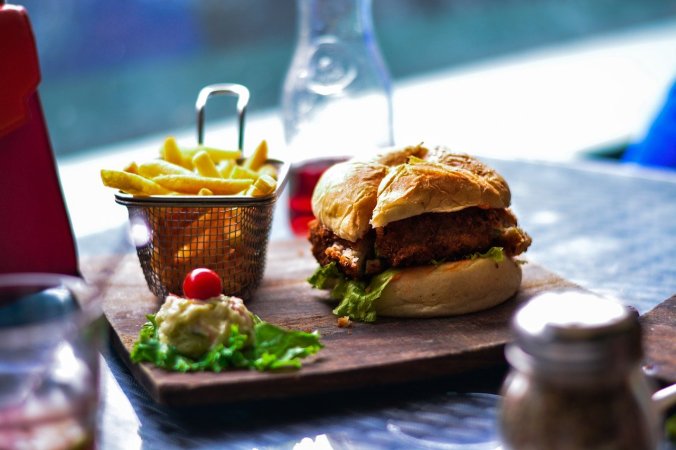 Image by Free-Photos from Pixabay

Some things are fine as they are yet people think that they’ve got to be reinvented, altered, made edgier, to be trendy, to appeal to the “modern consumer” who wants new experiences, blah, blah, blah. So we end up with food with unusual ingredients – Salted Caramel, Salted Chocolate, Chilli Chocolate – when I was growing up that would be the description of a Choc Ice. If there’s a left-field ingredient and especially if there’s a high-end price tag then it’ll be popular, just as if you call a coffee with milk an “Americano” or a “Flat White” then those people who consider themselves cooler than everyone else will flock to have their branded wax cups with their names scrawled on the side visible for all to witness. I’ve avoiding the word “hipster” here but, they know who they are.

I particularly dislike the phrase “with a twist“. I enjoy Fish and Chips, I like them with Mushy Peas (not a pea crush, or puree), or curry sauce (not a spicy jus, thankyou), what I really don’t want is a twist, as in “Fish and Chips with a twist” or a “Bakewell Tart with a twist” – which will again indicate some odd ingredient has been used, like chocolate in a Spaghetti Bolognese. Conversely though the same phrase has now become so fashionable amongst the media that even just having different normal flavours are described as being “a twist” such as the Lemon Bakewell, which isn’t really a Bakewell but I like them anyway – this shows that some variations can work, as long as they’re in harmony with the original, a pickled onion Bakewell would be diabolical.

The “re-imagined classics” though are made all the worse when you see the portion sizes – a tiny piece of battered cod sat on top of a log-cabin shaped pile of ten chips, chunky of course, with a small ramekin of pea puree and whatever makes the twist, a tiny piece of “Beef in Artisan Ale Gravy Pie” floating on a smear of mashed potato, or a handful of chips sprinkled with chunky sea salt in a miniature galvanised bucket with fake newspaper round the edge, to look “authentic“.

Some of the best food is simple, tasty and satisfyingly filling. There’s no “twist” that can make a tray of chips, smothered in curry sauce with a battered sausage perched precariously on the top after an evening of beverages at the local pub any better than it is.

And the twist is… no twist. Not even a slice of lemon. 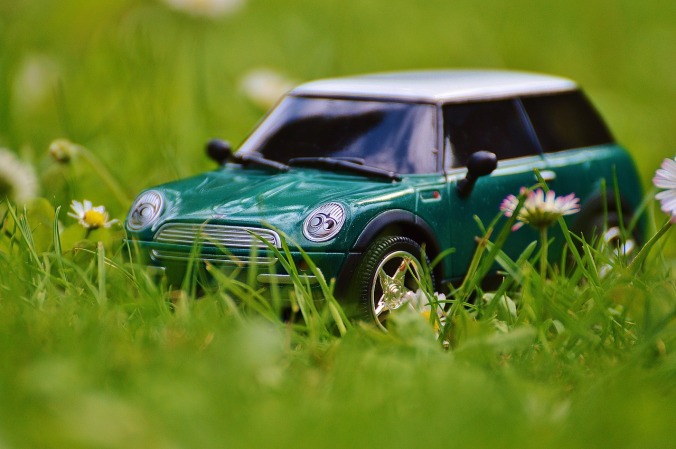 Image by Alexas_Fotos from Pixabay

When it’s a Maxi and the Maxi was not a nice car.

I am not a person suited to the original Austin Mini, I have travelled in one, in the passenger seat and my knees were up round my ears. The car that is still referred to as the “New” Mini is a bit more my, er, size. I can’t stand the thing though, it’s not a Mini and I’m not the only person who has said this over the years.

Born of the trend for cool and “authentic” retro cars it is a product of fashion as opposed to the original which influenced fashion; a small, low cost, simple car, accessible to everyone (unless you’re as tall as me) yet something so essentially cool (in it’s original, sixties sense of not trying too hard to just be) that it was popular with celebrities too. Like the Fiat 500 it was small, cheeky and fun to drive, so I’m told. The new car is bigger, more expensive – a product aimed at, rather than adopted by, the fashionistas, the hipsters, hence the price tag. The size increase of course was due to car makers obsession with the idea that “people want more space” for stuff, more cup-holders, more cubbyholes, more drawers and more speakers, as such it is a pastiche as is the “New” Beetle. The coupe version looks ridiculous but the biggest travesty is the Mini Countryman which is comparatively huge, probably bigger than a Morris Minor Traveller, on the outside at least, less Countryman more Country Estate.  Even the headlights, angled backwards make it look like a mini that’s been in a very stiff gale.

Fiat fared better with the 500, it at least looks like it’s as small as the original though it still can’t really be called a “people’s car” any more and certainly can’t be fixed with parts from a local corner shop. My own car is half-way to a retro design, Citroen took the general shape of a 2CV for their retro effort but left out the pod headlights and the suspension suitable for ploughed fields – though that might have been useful, with the state of our potholed roads today…

There have been other such cars over the years but many of them, in my opinion, show that some things just can’t be improved on and the past is often best left where it belongs. 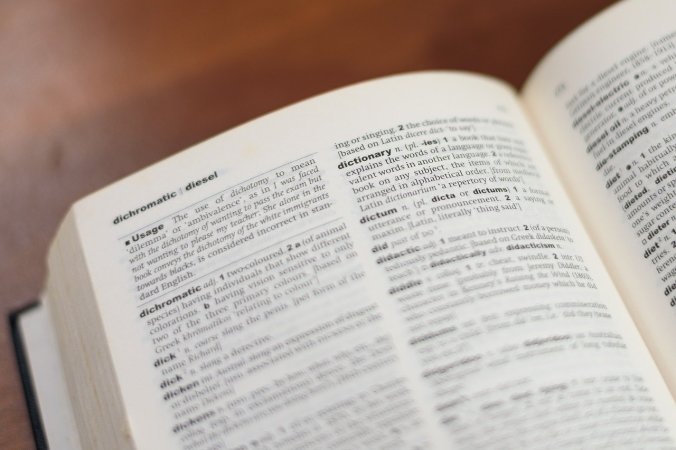 Image by astize from Pixabay

There has been a fashion in language recently that annoys me, unsurprisingly. I don’t know whether it has emerged from the short-form, limited text length of Tweets or laziness or people just having too much to say and too little time. The issue is people leaving out large and often important parts of sentences while at the same time using a noun as a verb.

For example in TV and radio adverts: “I can best friend” “I can family” “I can daughter” “We can football” (Virgin Media) which don’t even describe what you’d be doing, how do you “family”? A while back an advert encouraged people to “Adult like a boss” or something similar, the emphasis being that “Adult” is something you do rather than something you are, maybe the ads aren’t written by adults.

Uswitch used to turn it up to eleven with “U niche hobby, U model aeroplane, U guitar solo, U feet up” – though shortly before I finished this they changed theirs to real English with lines like “You start a new hobby” and “you learn the guitar”. Maybe it’s not just me.

Then there is a fashion for car stickers that say “Because Fiesta” or Ibiza or Trabant. Because what, exactly? At least they say “because” rather than “cos”.

Some names do become verbs, like to Hoover and to Google but “Are you ready to Butlins?“, you might as well say “are you ready to Cromer?” or “Scarborough” for that matter and as for “I don’t gym, I Hustle” – when did it become too much effort to say “go to the (gym)”. Similarly “Time to Travel Republic”.  These all smack of both laziness and the idea that it’s cool to eschew proper language, of marketers trying to conform to the zeitgeist. The Butlins one is accompanied by the slogan “winning at holidays”, a kind of statement which seems to be part of the fashion for aggressive or at least competitive language in which you’ve got to beat everyone else at whatever you’re doing which also could explain the short, snappy lines.

Anyway I’m off for a sit down now. I can Sofa. Because Tea.

When its the colour of a pair of skinny jeans that you’re trying to sell to men and you don’t want them to sound “feminine”.  The colour when applied to mens jeans is “Ice Blue” or “Ice Green”.

Ice.  Green.  Since when has ice been green?  Yellow snow maybe.

But yes, ice is cool.  Literally.  Ice, Ice , Baby, c’mon.  Yes, showing my age there.  Anyway, I am reliably informed by the link suggestions on the side of my WordPress screen that such coloured jeans are the new trend, it’s true, see the links below.   And the colours are not pastel, they’re ice.

This is the odd thing about clothing manufacturers, who do they ask when they’re conducting market research, it certainly isn’t me.  Take outdoor clothing, when it comes to mens’ garments the colour choice is boring to say the least – bright red, bright blue, green, navy blue and black typically.  You see the occasional bright green jacket and sometimes orange ones that just look like safety jackets or yellow ones that make you look like the Jolly Fisherman.  You see a purple one, a turquoise or teal one, a tasteful green or a red other than signal red and it turns out to be a womans’ jacket.  The only exceptions tend to be very expensive which is perhaps the crux of the matter and returns us to the fashion jeans – the only companies willing to take the risk on something different and individual in mens clothes are the ones with the highest price tags and exclusivity as a feature.

Update:  since writing this I have found a lovely almost teal blue winter jacket from Trespass at Winfields at Garforth near Leeds which was a bargain, sometimes you just have to be patient and travel to find what you want.