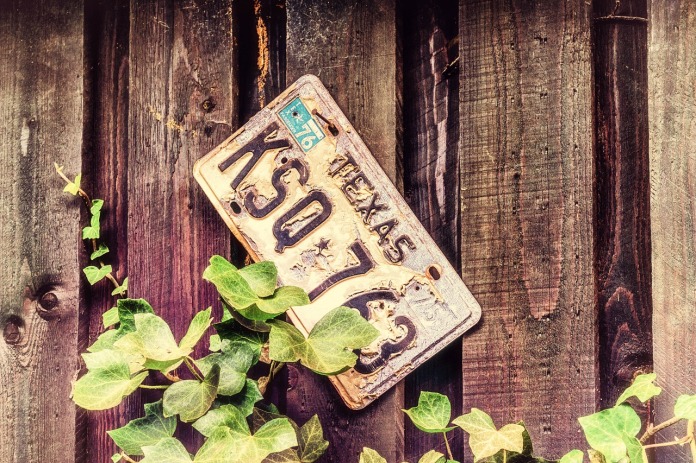 Image by Peter H from Pixabay

Personalised registration plates are an anomalous thing, expensive (in this country at least) and often pointless.  There are those which are spaced as to indicate that they’re trying to spell something but I cannot for the life of me figure out what – the secret belongs to the owner and perhaps, for them, that may be the point.  I’m not against them in principle, I have seen some genuinely funny ones (which I can’t unfortunately recall) and personally toyed with the idea of replacing my old car’s full-length registration with “P6 ETC” but decided it wasn’t a pun worth £250.

The second group are those who spell out their name – and as Phil Jupitus once pointed out if you call out their name from the plate, Jim for example, “they don’t like it.”  So don’t get it then.  Maybe it’s just so they can remember which is their car, or their own name.  Last summer I regularly saw a car that had a registration that, I presume, was meant to spell – combining letters and numbers with a little squinting and imagination – “Jodie’s” but actually spelt “Jobies” which, if you’re familiar with the Scottish dialect, is something less pleasant – I thought the car looked ok.  I once saw a car with the owners initials following “XO07” once, it was an old Ford Mondeo, but then the secret service has, no doubt, had budget cuts.

Next are the truly pointless ones – the brand names, plates ending in BMW, for example and often beginning with the model number, or as near as.  Hundreds of Honda S2000s have plates beginning S200, while there will be limits on how many “O”s to follow it are available so many drivers appear to have S200s instead.  I once saw a Skoda whose numberplate tried very hard but was missing its terminal “A” being a “Skod”.  Ah.  The biggest issue with these plates is they fact that they tend to be stuck to the car roughly six inches from the front or rear manufacturer’s badges and model numbers.  The oddest thing I’ve seen was a plate that had clearly once been attached to a BMW X5 – it started with the model number then presumably the owner’s initials followed – but was at that point attached to a Skoda Octavia.  Downsized?

There are numerous miscellaneous messages and such like – I regularly saw a car with plates apparently saying “No Sweat” but due to the limitations of the letter combinations available actually said “Noo Suet”.  Either they were not aware of the stodgy cooking ingredient or they don’t like meat puddings or Jam Roly Poly.  Similarly I was passed by a fast Merc which had an apparently inspirational numberplate exclaiming “GOO BRUV”.  Goo?  The mind boggles. I have seen many with “Boss”, “SXY” and even one which was split in order that the centre four digits spelled “Asbo” (an acronym for Antisocial Behaviour Order in the UK).

Lastly, just a few weeks ago, I encountered the most existential registration I’d seen, ending in the letters “YRU” – well, I think we’ve all wondered that, at some point.

One thought on “It Didn’t Register”