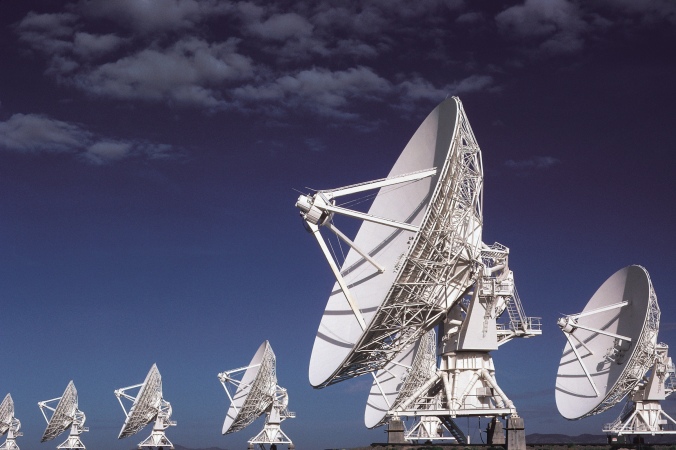 One of the reasons I gave for abandoning this blog in my rallying cry to myself to start again was that I couldn’t say anything that wouldn’t have been said elsewhere so who would be interested?  Well, that’s the thing, you could say the same thing about TV shows, magazines, newspapers and even big, mainstream websites.

I’ve just read in Wired about how people have been using new social video streaming services Periscope and Meerkat to stream stuff that seems unusual, their fridge contents are popular, apparently.  The article is about how new technologies are enabling people to create and broadcast niche, innovative and compelling content.  The thing is that there are lots of people doing this, they generally have a small audience, but there are many of the broadcasters.

The same can be said of any media on the internet.  Perhaps it’s because I was brought up with four TV channels and a handful of newspapers, or because I have a natural tendency to dismiss my own creations as worthless (a whole other can of worms) but I’d not realised that not everyone reads the same websites.  In the old media magazines (whether they be computer, fashion or football related) would print the same news, tips and articles in their own way and the internet enables us to do the same, we might say the same thing as someone else, but we say it our own way to our own audience.  Like with old media different authors have different tones, different voices.

This is the joy of the internet, everyone can have a voice and an audience of their own, without the need to stand in their local park, shouting at the pigeons.

I don’t want to sound all Holier Than Thou in this post, but I’m going to anyway.  I write this blog, by myself, for no money, I am a blogger.  There are many other commercial blogs out there that contain writers who like to say “we’re journalists” but “we’re bloggers” if someone questions their professional standards.

One thing that always provokes the latter is when someone questions the tone of a piece or the non-impartiality of the writer.

One thing that keeps cropping up that bugs me is the use of the word “crappy”, in fact the title of this piece is actually “‘Crappy’ Writers” –  you see, I’m not being personal.  At all.  Honestly.

You see it regularly when describing gear that the writer feels is not to their liking, or is a bit old, and seems to be said in a kind of nod to the knowing audience who would of course all be agreeing.  Recent examples include a preview of an un-released tablet from a company that wasn’t Apple being described as “another crappy tablet” even though the spec hadn’t been announced and nobody had seen it and a photo taken from one aircraft of another which was taken not with a high-end DSLR worth thousands but with a “crappy Canon ELPH”.  Was it an appallingly bad photo?  No, especially as it was taken from a moving aircraft and was a photo of two other moving aircraft.  As we all know “at the end of the day the best camera is the one you have with you.”  In reality at the end of the day the best camera is the one with a tripod, or a flash, the rest of the day anything will do.  Sorry.

The crappy word isn’t always said, I’ve seen articles about a new phone or chipset saying “but if you’re reading this website you won’t want it because it’s a budget phone” oh so being interested in tech is limited to the well-off now is it?

Not everyone can afford (or be given) the latest, top of the range kit, so how about holding back the longer c-word for the genuinely crap.

Sometime in the late nineties I wrote a sci-fi story and in one scene a man gets home, taps a touchscreen on the wall of his kitchen and instantly brings up a personalised news feed programmed to display things that interested him and also set up to specifically look for news items featuring certain keywords, to highlight any news about a specific ship in this case.

Now just a bit over a decade later I’m just getting to grips with this exact same thing on my own personal tablet computer, though without the spaceship captaining wife.

Websites, including these WordPress blogs, can provide what is called an RSS feed which summarises each article published and these can be picked up by reader apps.  These have been around a long time admittedly but these readers are now becoming more sophisticated and stylish.  On my Nexus 7 I have tried Google Reader, Flow Reader, Google Currents, Flipboard and Feedly.  Some apps actually access your Google Reader subscription list to find out which feeds you want to receive.  You can even view other RSS equipped sites in your WordPress reader.   The icon above signifies that a site has an RSS feed.

These apps are the solution to the at time overwhelming volume of information that can come at you from the internet.  This sheer volume of articles is one of the reasons why I sit down to write something for this blog and just decide to have a mug of tea and watch tv instead, I just don’t know where to start.  With an RSS reader on a phone or tablet I can skim through articles, share useful ones to Pocket for use later on my desktop PC and read anything that I can just enjoy in the moment – all while half-listening to the tv.

The nice thing about these modern readers is the way they present the content.  You can filter what you see so if you have a news website’s feed you could refuse to acknowledge the existence of articles about X-Factor winners or only view articles about the weather or Wills and Kate.  Then depending on which app you choose you can have a list of your incoming torrent of news, divided into subject if you so wish or displayed to you as a virtual, stylish, one of a kind digital magazine, or a mixture of both.  Of course as it’s tablet/smartphone based (although you can use PC RSS readers or websites too) you can have notifications.

The future of news, personalised and delivered to your sofa.

As well as my online home here at WordPress I also regularly add pithy, witty, insightful comments on Gizmodo UK.  Well, when I have time and can think of something witty and insightful before someone else beats me to it.  I remember well the day when I got the email that told me I’d earned enough love and respect of my fellow commenters to get a gold star and the awesome responsibility to reward others and uphold the standards of good commenting that comes with it.

The comments sections of many blogs like Giz UK have a warm community feel to them, many are more, ahem, hostile but generally people are open and honest with their opinions.  The thing is though that you never know who else is reading the comments.

Imagine you’re in the pub with your friends discussing last nights match/Eastenders/curry/pint/copy of GQ when a man in a suit with a clipboard sits next to you and starts making notes, then politely corrects you on a couple of issues he has with your opinions.

Well, this is what some companies are already doing – dedicated staff trawl the internet for any mention of their products in comments and articles, ready to possibly intervene if a discussion starts to become negative.

It’s all part of the market research of course but it can, sometimes, make you wonder who’s looking over your virtual shoulder.

I enjoy writing this blog but still find it hard to motivate myself to do it, the problem being that I get home from work, some days I go shopping for bits I’ve inevitably forgotten to get with the weekly shop, other days I have a hot bath, other days I get home a bit late.  By the time I’ve made and eaten dinner I find I’m just too tired or just can’t get into the right frame of mind to write anything.

Often by the time I’ve caught up on other sites I read I think that there wouldn’t be time to write anything.  This is an excuse.

I have a read-it-later list in Firefox that would shame War and Peace.  The sheer volume of information available to me seems too great and the feeling soon becomes “where do I start?”

It seems I’m not alone in this, Lifehacker recently asked its readers How Do You Stay Productive After Work and many of the commenters said much the same as me.  (Update: they followed this up with more good advice here including doing some work as soon as you get home, to keep up the momentum).  It can be frustrating when you have side projects that excite you but you just can’t find the energy to do them.  Personally I’ve found that making sure I get enough rest so my work day doesn’t completely flatten me and pretty much shaming myself into not neglecting my projects works for me.

As for where to start – well there’s a lyric in Loneliness of a Tower Crane Driver by Elbow that says “just pick a point and go”.  That’ll do for me.