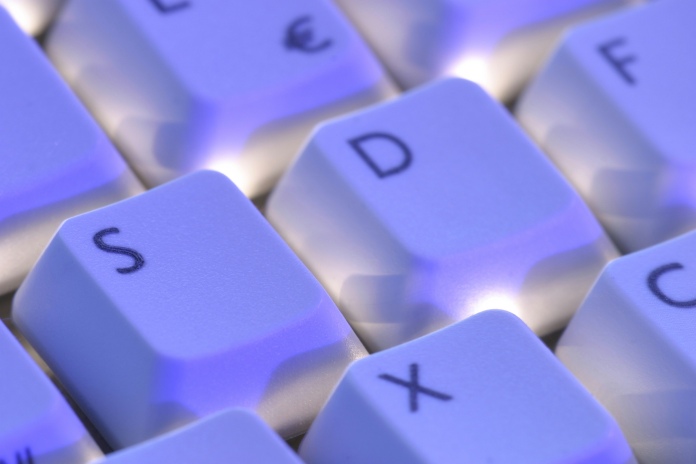 The fashion today, often wrongly attributed to Apple, is for the flat, minimalist, chiclet keyboards which were originally applied to cheaper home computers in the 70s and 80s but made popular more recently by Sony’s Vaio laptop range however the best keyboards I’d used were classic IBMs. The first PC I owned myself was a 486DX based IBM, a huge beige box with a battered compact keyboard, a version of the PS/2 keyboard (the model M2, or so I’ve just been informed by Google Image Search). I also own an earlier IBM too though I’ve not actually used it.

It was a great keyboard to use and since then the only keyboard that came close to it was a cheap one that cost less than a fiver from Argos (it was replaced when my new PC came without PS/2 ports – I couldn’t find an adaptor).  This was true until a few days ago when the Lenovo one I’m using now was delivered which I bought because it’s one of the descendants of those IBM PS/2s.   You can tell.

One important aspect of a keyboard is comfort and this is lacking in most modern keyboards, the Lenovo for example has good key travel, good cushioning and good return response which results in comfortable typing over long periods without numb fingertips while still retaining a pleasing clicking sound which is subtle and low-pitched, a kind of burble when you’re typing quickly which is almost a vocalisation of the words you’re pouring into the on-screen page. I also find that the tall key caps mean you hit two keys at once less often, the one you’re just touching stays put and guides your finger down with the one you were aiming for. These are the qualities I liked with the IBM keyboards and had been missing in the many others I’ve tried over the years. Modern flat keyboards are all very well but many can be less accurate, harsher or squishier, just not as satisfying to use for long periods, even if by the same token many are, to be fair, really quite good – I own one bluetooth one for the Nexus 7 which has a nice clicky feel to it but even that’s just not the same.

Of course there are the even more expensive keyboards with the same kind of mechanical keyswitches that old keyboards possessed which are beloved of gamers for their millisecond accuracy but I don’t need that level of sophistication.

Keyboards like the Lenovo aren’t pretty or cool and minimalist but they work, and despite being low-cost they don’t sacrifice comfort and accuracy and that’s what’s important. The daft thing is that they’re so old-fashioned looking they’re at risk of becoming popular as retro tech.