From the random multi-purpose accessories department. 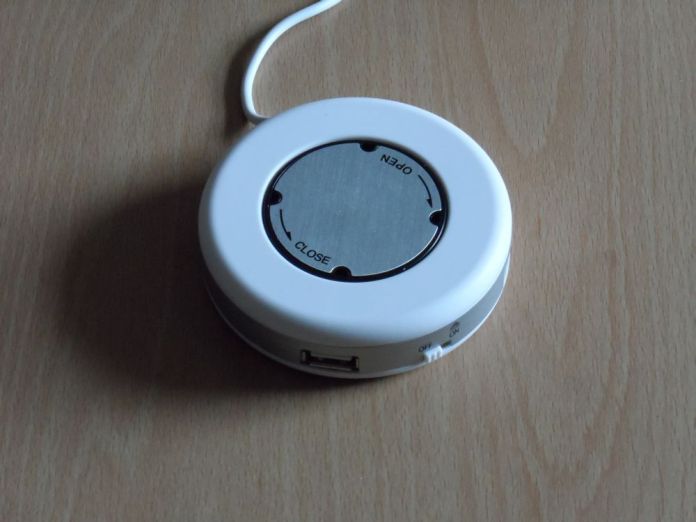 In a shop that sells a variety of items I saw a USB hub for 99p, now as I wanted a powered hub anyway I thought I’d get one.  On the box I noticed it had a disc on top marked with Open and Close.  Was this cable storage, batteries?

The cover was difficult to open but when it eventually gave in beneath it was a cotton pad in a holder screwed into the centre of the hub with no apparent means of removing it.

The box text was all in German, as were the instructions in the box.  So to find out what this strange device’s special feature was I turned to other technology.  I scanned the instruction sheet, used OCR software that came with the scanner to turn it into text for me then copied that into Google Translate.  Less than a second later I had my answer.