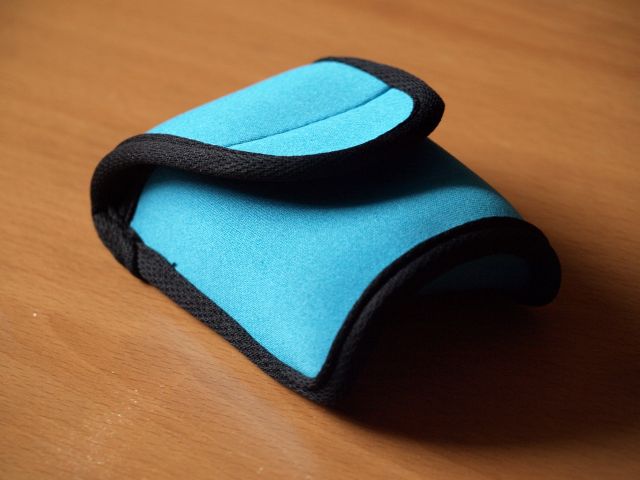 When it’s a generic neoprene pouch being sold specifically as a “Neoprene iPhone Case” but is useful for so much more.

The pouch isn’t in any way iPhone specific (I bought it to stow a  mobile mouse in my messenger bag) but is still marketed as such.  It’s a very good pouch though, by the way, for all you fellow bag collectors out there.  Really nice colour, well padded, velcro closure and available at 99p stores for just 99p, surprisingly.  (Tip – my local store has Fabulous Bakin’ Boys Lemon Cupcakes – box of 8 for 99p so grab some of those too).

The way it’s sold though is part of an interesting trend.  Products that are non-specific being sold as “for iPhone” including cases, car mounts, headphones, cleaning cloths.  Presumably this targeting happens because of iPhone being a very well-known brand name but it becomes self-perpetuating whereby people see all the accessories specifically for iPhone and decide that maybe they should get an iPhone rather than one of those other phones because of all the accessories.

Something to ponder in a later post I think.